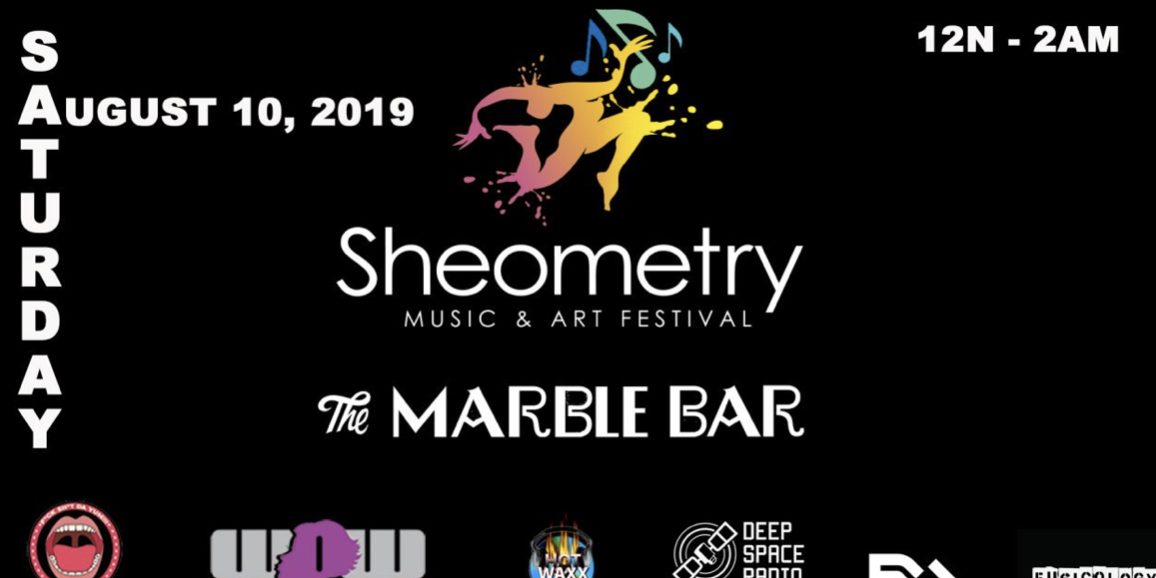 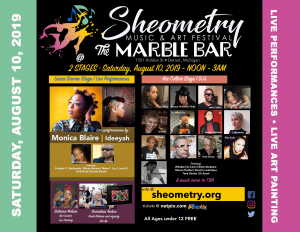 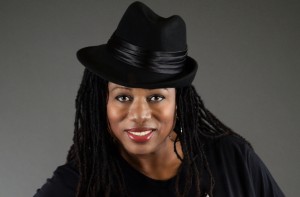 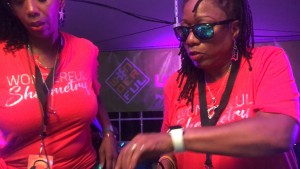 I caught up with DJ/Producer/teacher/promoter Stacey “Hotwaxx” Hale as she is getting ready for her Sheometry festival happening at Marble Bar on Saturday, August 10th (2019) at Marble Bar.

Hale, if you did not already know, has been in the electronic music scene since the very beginning and has played events all over the world. Currently, she is working as a head instructor for Spin Inc.(a Detroit based school that teaches music production, DJing and other variations of electronic music logistics), coordinating yearly programming at Jessica Care Moore’s Black Women Rock Music, helping to build the electronic music genre into Axis music Academy, as well as teaching DJ classes at Avalon Village’s (Highland Park) Summer Camp and Girls Rock Detroit two week summer camp at DIME (Detroit Institute for Music Education.) In addition, she’s got tracks coming with Chicago/Detroit producer/DJ Alex Wilcox.

She’s also well known as the Godmother of house music in Detroit.

DEQ: How did you get the Godmother of house title?

SH: I never really knew how that came about. Lord knows I never gave myself that title. I’ve only embraced it five years ago at a Charivari event when (house head) Sierra Donavan came up to my vendor table (which was the first time I was selling Godmother t-shirts) and told me how it started. She tagged me the name years ago.

DEQ: You’ve really taken on a more strong mentorship/leadership role in the electronic music community. When did you decide this route? Have you been mentioning people throughout your DJ career?

SH: For a long time many have expressed that they wanted to DJ but never had the discipline and I never wanted to force that on them. Just in the last ten years people have stepped up to the plate and became serious about doing the things to make it happen. I tell my students just because the class sessions have endings, I will continue to help build their paths if they would like me to. For instance, I’m approached by many different event people that require a DJ, like the YWCA, high schools, sweet sixteen parties etc. I always turn them over to my students that would enjoy doing them.

DEQ:  Is Sheometry a continuation of this mentoring process?

SH: No it’s NOT a continuation of a mentoring process but it could be by default. Sheometry is a passion of showcasing entertainment on many levels in which I’ve played a part in and more.

DEQ: Would you share some of the challenges of being a female DJ in a male dominated field?

SH: I have and will always step up for having the skills and knowledge of playing music. I choose not to be identified and a female DJ but as a DJ. That is for other people to make that distinction. Because the good old boy network has existed in every aspect of life, the challenges are and will be always the same across any platform.

DEQ: So, will there be all female DJs at the Sheometry Festival?

SH: Sheometry is female dominated, but it’s not just female DJs. It is designed to help females as well as young and up and coming artists.Many of our male counterparts play important roles in making and playing music that soothe our souls.

DEQ: How did you decide the talent lineup?

SH: DJ Minx and I targeted a selected group of women and men that are really good performers but the don’t have the opportunity to play at a festival event. Some of the performers will be students in which I taught at Spin Inc, Girls Rock Detroit and Detroit School of the Arts. We want them to experience what it is like to play on a platform such as this and inspire them to set their goals high.

DEQ: Marble bar is such a great place to do events. Would you share with us how you chose it to be there?

SH: Well, the original choice was the Avalon Village in Highland Park but they needed a little more time to make the area ready for an event like this. Marble Bar was always selected to host the afterparty. Since they are experienced running long events, combined with the almost rural location, it was only appropriate to host Sheometry there. The staff and management are great to work with.

DEQ: What is the biggest thing you’d like to say you’ve accomplished through doing this festival?

SH: Seeing people working together as a collective. I’ve discovered people that have passion within the event. It’s not just performers but graphic designers, fundraisers, public relations specialists, volunteers & more that are all willing to bring their skills to the table to help make this happen.