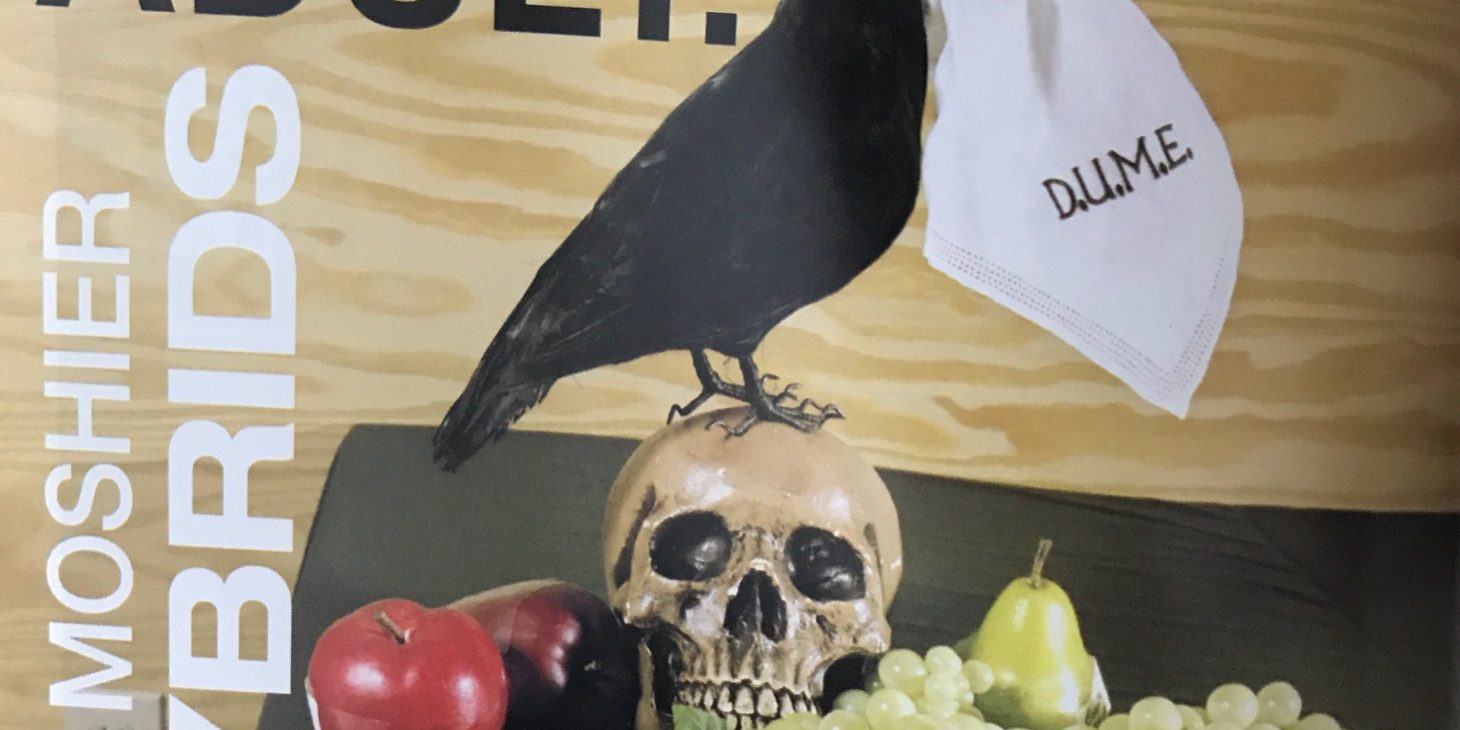 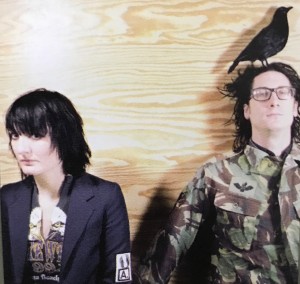 Interview with Adult. taken from DEQ issue #2, written by Jon Moshier for a feature we called “Hybrids” (highlighting rock and electronic connections), designed by Trench … Hard to believe this was 12 years ago….

Adult. (www.adultperiod.com) is the husband and wife team of Adam Lee Miller and Nicola Kuperus. They’ve been making their own brand of punk rock meets analog synths and drum machine music since 1998.  Miller and Kuperus also run their Detroit-based label, Ersatz Audio (www.ersatzaudio.com).  Recently, I sat down with them to talk about putting Ersatz on hold to concentrate on life as one of the newest members of Chicago’s esteemed Thrill Jockey family (www.thrilljockey.com).

JM:     After 10 years of running Ersatz, you’ve decided to put the label work on hold to concentrate on Adult.  What was the reason behind this and what does that mean for the label as well as Adult.?

ALM:   For the label, it just means that we’re taking a break and we’re gonna see what happens.  We have no clue when we’ll start it back up – it might be tomorrow or it might be two years.  We told the artists on the label that they should look at some other labels which I think is good for any artist; it’s been good for us.  Every label seems to have its audience, so switching labels can be a good way to expand your audience.  The mail-order portion of the Ersatz website is still up and running.

JM:     You had developed a relationship with Thrill Jockey by having them distribute your work, now you’re officially part of the label’s roster – tell me how that relationship came about.

NK:     Because we had known them for several years, I basically just one day sent Bettina Richards (owner of Thrill Jockey) an email to see if they wanted to put our stuff out because it was just too much for us to do and she said yes.

ALM:  It all started with our very first show in Chicago. We didn’t know who ran Thrill Jockey; we didn’t know that it was someone named Bettina Richards.  We were playing the show and someone told us afterwards that she was not only at the show but wearing one of our t-shirts.  Not only was it cool that she liked us but you know, running our own label, you can get really tired and jaded and it was really exciting to see that after so many years of running Thrill Jockey that she would not only be there but have a shirt on and be a fan.  She’s still passionate about music and that really meant a lot to us.

JM:     What are your impressions of your fellow label mates: Tortoise, The Sea and Cake, Bobby Conn, Mouse on Mars, etc.. and how have you been received by them?

NK:     We’ve toured with Trans Am and we did a remix for Bobby Conn and we had met Sam Prekop before.

ALM:   And we had been to the Thrill Jockey offices several times and we just get along with everybody, but yeah, it’s awesome.

NK:     They’re just down to earth people.  They also always get the tag that they’re “post-rock” and we always get the tag that we’re “electronic”.  That’s really one-dimensional and especially with the new stuff we’re so much more than an electro band and I think that ‘s what’s exciting about being on a label like Thrill Jockey – they’re more rooted in sort of an indie community where they do anything they want.  I also feel like we’re different for them.

ALM:   And I think that that’s what they’ve always looked for in bands. Also, Ersatz had a really specific aesthetic and we almost sort of felt like our own rules for the label were negatively affecting us as a band and that’s why we had to take a break from it.

JM:     Your first Thrill Jockey release is a new EP out now called “D.U.M.E.” What does the title mean?

ALM:   “Death Unto My Enemies”. It came from a Hoodoo candle.

ALM:   It’s not named yet, but we do have the music written.  We plan to record the record at home after we tour.

JM:     How important is the visual/design element of Adult.?  As visual artists, is it just as important as the music to you?

ALM:   It’s very different and we’ll have a third member on stage playing guitar and keyboards as well so, it’s getting even more and more live.  The new shows will be quite different.

JM:     When people who have never heard your music ask you what kind of music you play, how do you answer?

ALM:   Yeah, our latest joke has been “annoying electronic dance punk” but now people have been using that dance punk term a lot lately so that failed as a description.  We were thinking of asking Thrill Jockey if they could put “File Under: Alt. Country” on our CDs just because it would make people think.

JM:     What are some of your favorite punk rock bands?

ALM:   Rudimentary Peni – a big bass guitar influence for me.

NK:     Crass or the Dead Kennedys, The Birthday Party.

JM:     What about electronic bands?

NK:     It gets difficult. It seems like I’m constantly disappointed. So many bands lack variety and intensity that makes me wanna latch on.

JM:     What are some of the benefits to living and working on your art in Detroit?

NK:     At least in the circles that we move in, it doesn’t feel pretentious.  To me, Detroiters seem like real people.  If there’s a band playing a show and people in Detroit don’t like the show, you know it.  You really have to prove yourself.  When you’re working and living in the city you make a lot of sacrifices because we don’t have a lot of conveniences and the things that we do have in the city, we have them because we made them as a community.  When great things happen here it’s because we get together and make them happen. I also think that because rent is cheaper here than in other cities you’re willing to take more risks in music and art because you’re not as worried about having to make it marketable.  If we had started the label and the band in New York, we probably wouldn’t have done the things that we’ve done because we never did it with the intention of turning a profit.

ALM:    I think it’s the musical variety here that I really like.