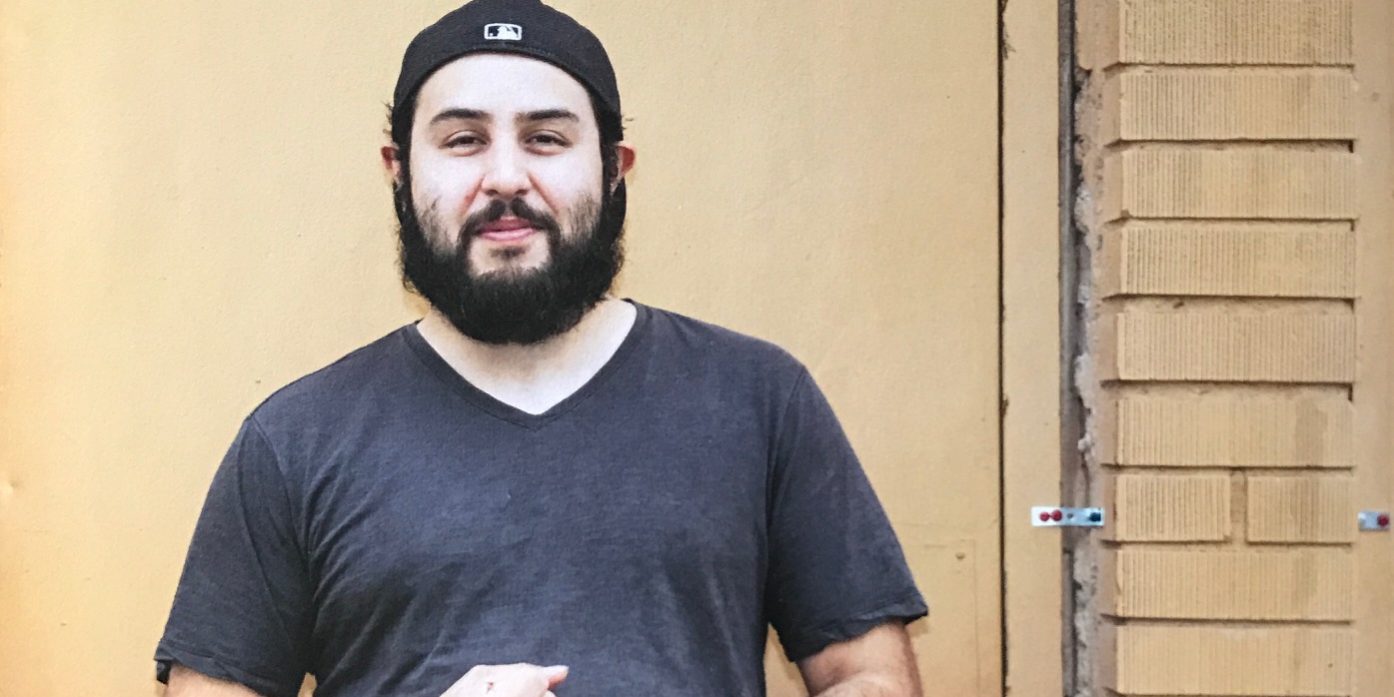 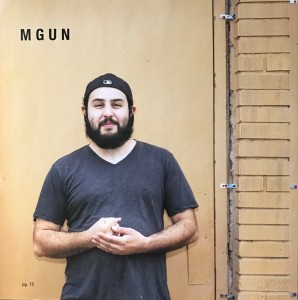 Q: When you google our names the first thing that pops up for you is a Major League Baseball Umpire. I get a Canadian Figure skater. Sport and athletic mentality seem to go hand in hand with Detroit Techno since the beginning with Saunderson, May, Banks, and the list goes on.  Did you ever play sports growing up?

A: I played baseball, soccer and football growing up. None of which were organized, and I was never on teams. I played them regularly with kids in my neighborhood in the streets.

Q: Do you consider your sound to be “Detroit Techno” or has it been more of “This is my art, this is what I do call it what you want” vibe?  How would you define your sound?

A: I do what I want and end up with different sounds. I grew up and still live in Detroit, so it inevitably has affected my sound.

Q: How did you get involved with Underground Resistance?

A: I was hanging out with DJ Sicari who was a mentor of mine when I was just getting out of high school. He took me to a party to play some records. The UR guys were there and liked what I was playing and asked me to be their DJ for their Timeline project.

Q: I’ve noticed a lot of younger generations, starting with yours, seem to embrace older analog or DAW-less working environments.  From using synthesizers, drum machines, dedicated samplers going through a mixing board recording on tape, to playing vinyl out in a digital world, do you think it is backlash to the digital world of constantly looking at a screen all day long?

A: I can only speak from personal experience and preference. I like the hands on approach to making music. It’s a chance to learn a piece of gear like an instrument.

Q: I know you are a gear head.  You always have some random, under looked piece of equipment in your studio.  What’s your favorite piece right now?  Feel free to make something up to confuse the trolls.

A: You won’t catch me without my Casio CTK-574 for the amazing percussion sounds.

Q: Do you remember the first time you actually picked up a piece of equipment and made something with it?

A: I picked up a Casio tone bank at Salvation Army when I was 13 or 14 years old. I recorded a drum part off of it, and that was the beginning of my production career.

Q: What about the most recent time?

A: The E-MU Proteus is the last piece in my collection as of right now. It’s like the one in Ferris Bueller’s Day Off.

Q: Was radio the first way you caught the sound of Detroit? Has the internet replaced radio in Detroit or is it still a viable way to hear cutting edge music?

A: Growing up, the radio was my greatest resource for new music. I loved listening to WJLB. Hearing DJs like Gary Chandler are what inspired me to become a DJ myself. I currently have an online radio show on Radar Radio the second Wednesday of the month from 7pm-9pm EST. I don’t listen to the regular FM dial too often. I wish it was as good as it was when I was a kid.

Q: With recent releases on heavyweight UK labels like Don’t Be Afraid, Third Ear and Trilogy Tapes, do you feel there is a strong musical connection between Detroit and London?

A: I think there has always been a connection between London and Detroit.

Q: I saw a picture of you sitting at the edge of an abandoned pool a few years back.  If it’s the same pool and park I know of, it’s now being paved over to build $2,000 a month rent apartments.  What is your take on the gentrification of Detroit?

A: It still ain’t no playground despite the gentrification, but its continuing to happen. I really don’t have much to say about it, other that I’m always surprised how quickly it is happening in some spots.

Q: As a recently married father (congrats!) has this changed your outlook on the world gigging, going out, etc.?

A: Being a husband and a father has changed my life in many amazing ways. It has been helpful for me because I am pickier about the shows I choose, who I work with, and the goals I set for myself.

Q: Near the end of summer I found myself riding my bike through Clark Park in Southwest Detroit.  I was in awe of the green beauty of it.  There where people playing tennis, soccer and jogging. Families were hanging out. Good vibes.  Often (well maybe till recently) the media portrayed Detroit as this Robocop wasteland.   That was wholly not the case in Clark Park that day.  What I witnessed was a vibrant community.  A city within a city often neglected from the Detroit narrative. Notable musicians have come from there such as Rolando and Jack White.  Did you grow up in Southwest Detroit?

A: I was born in Detroit and raised in Southwest and still reside there. A lot has changed from when I was growing up, however a lot is still the same. Parts of the neighborhood have visibly improved, however the crime rates remain the same. Don’t be fooled.

Q: Okay if you are from Southwest, what’s your favorite freestyle track?

A: Debbie Deb ‘You are my Fantasy’

Q: Who musically is completely engaging for you right now?

A: Brian Leeds aka Huerco S and Ali King have been making some amazing stuff. Their output is always incredible.

Q: Name a memorable gig and what made it that way? Was it place, the crowd, the sound or something as simple as properly calibrated turntables?

A: The Panorama Bar was insane. I started the set at 120bpm and ended up being around 145bpm by the end. The resident DJ Steffi was about to roll out, but once I started playing, she told me, she decided to stay. It was a wild one.

Q: As part of a refreshing continuation of the Detroit sound, why do you think there is constant talent coming out of this city?  It seems the moment it starts to get stagnant a new young kid pops up and bam a new sound, but at the same time paying respect to where the sound originated from. Your thoughts?

A: Detroit has always been a city of people thinking outside of the box, whether it is out of necessity, or for fun. That has resulted in the continual surfacing of new talent and new sounds. I also think that due to our gnarly winter months, people are forced to tap into a creative outlet to maintain sanity. Val G is a new talent to the scene who, I think, really has it going on. She’s got an EP out on Vanity Press and I can’t stop listening to it.

A: I’ve been working on a live set with Tyler Dancer called Club Creeps. We are planning on taking it overseas in the near future. My wife and I will be releasing our first LP on our label Renzo Records in 2017 and have been making some tracks with my daughter too.