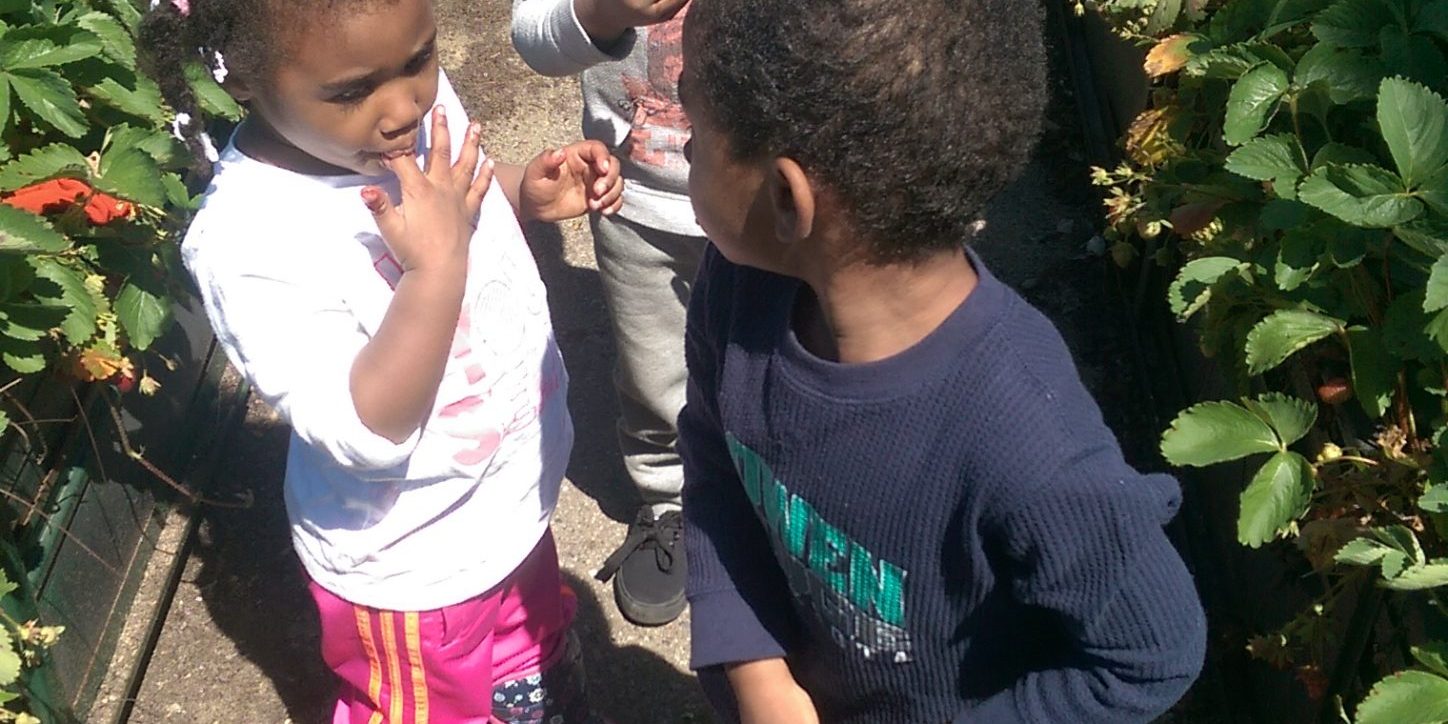 Here’s the DEQ interview::Buckets of Rain: by Rebecca Berger
::

Chris Skellenger didn’t let a knee injury stop him from working hard.  After he made his way around his urban farm carrying ten pound bags of apples (all while using a crutch), the question of ‘what happened?’ begged to be asked.  He said he fell down some stairs during a delivery to a shelter, but it wasn’t the worst injury he endured in his years of charitable work. The first time he injured his knee was when he was in Africa.  Again it happened when he fell down some stairs and that time he had to be flown back to America where he underwent surgery.  Still, even surgery couldn’t take him away from his mission: to set up farms that provide produce and education about nutrition to people living in nearly impossible conditions.

The project started in 2006 in Lesotho, Africa at the end of a seven year drought. Skellenger said, “We set up the country in 2006-2008 with the technology and supply lines to grow vegetables during dry season. During droughts, the diet switches to all grains and that leads to a lot of diet related illnesses.”  After the charity’s success in Africa, in 2012, Skellenger turned his attention to Detroit to give people access to fresh produce and improve their diets and health.  This time instead of drought, Skellenger’s charity had to fight against the effects of urban blight.  According to the charity’s website, since 2013, they have re-purposed thirty lots into urban farms and gardens.

We met at the repurposed lot on Glendale Avenue in Highland Park.  “This is our mothership garden,” said Skellenger. “We have two community gardens on the street.  We assist other area gardens by providing equipment. We help them get over the hump because the first couple of years can be very discouraging.”  While many of the properties allow people from the community to pick their own produce, residents who come to the Glendale garden collect their produce from 9-11 during the charity’s weekly ‘Walk up Wednesday’ event. It began about two years ago and the residents who go to it said they have benefitted from the service.

Tempie Cason said that she exercises at the rescue mission and recommends ‘Walk up Wednesdays’ to the members of her group. It helps her to feed and care for her loved ones. “I have a lot of grandkids and I cook greens (for them.) My brother was in the hospital so I’m making him Swiss chard,” she said. Another resident, Lois Meeks agreed that the program has impacted her life. “The greens I cook and freeze, same with the bell peppers. I fry the green tomatoes. Sundays I take the greens out and we have them for dinner,” she said.  She also tells the people in her life about the program. “I recommend it to my neighbors and community and I share the vegetables with my family.”

Since all of his operations are outside and the produce goes dormant in the winter, the last ‘Walk up Wednesday’ occurred on the nineteenth of October.  After he closes down the farm in the winter, Skellenger goes to the charity’s operation in Guatemala, which operates year round.  While they are there, they work at a co-op and bring the vegetables to local hospitals, schools and orphanages he said. There’s also added effectiveness through donation exchanges. For instance, after a school took the produce they needed they would load his truck up with books to take to an orphanage.

He said that his experiences in Africa and Guatemala influenced how he conducted the charity in Detroit. “Working in third world countries is a crash course in what communities really need and not just what we think they need. That has translated to American Society,” he said. He added that their experiences taught them what it takes to be successful because they saw that there were many ways to fail.

In Detroit, the main way a garden can fail is by lack of maintenance and Buckets of Rain is dedicated to changing that.  “People set up great growing conditions and just leave them,” Skellenger said, “curb appeal means a lot to us. You couldn’t tell these were parking lots before we came in. Blight reduction is meant to take the debris and clean it up.  Once you start urban gardening, you have to maintain it or it will become a jungle. We have to cut back our sight line at least two times a year.”

Maintaining projects in Lesotho, Kenya, Honduras, Guatemala and Detroit requires plenty of resources. One resource the charity depends on is volunteer labor.  “The bulk (of volunteers) come from churches and a local corporations. They come back year after year. Quicken loans is here every week.  We also get a large push from accounting firm KPMG, United Way, General Motors, Ford and The Detroit Rescue Mission. Most of our core volunteers are retirees and students,” said Skellenger.

Warren Brantley started volunteering with Buckets of Rain in July 2013 and said that after working a season and a half they hired him. Before he volunteered, Brantley worked for Chrysler for thirty-three years, eight of which he served in the Military. Now he is in the garden at least five days a week during the growing and harvesting season. He said he will go in on the weekend as well, if it hasn’t rained and the gardens need watering. He said last season they were open until November, but this year they started early so they are closing earlier.  While Skellenger goes to Guatemala for the winter, Brantley stays in Detroit and finds other ways to keep busy. “Last year in the off-season I took computer classes; I’m thinking about what to do now,” he said. And, he said, it is never too early to plan for next season, “I made up a chart for both gardens so we know where everything is this year and we can plan for next year.” He also said that since the soil isn’t the best in the garden where residents can pick their own produce, they are discussing putting in raised boxes next year.

In addition to planning the layout of the gardens, Skellenger is thinking of ways to improve his fundraising events.  “Because we are a public charity we have to get funds through a wide range of sources-concerts, a donate button on the website, family foundations; we don’t take government money, who has time for the paperwork?” Skellenger said.  He said he uses his musical background to plan the fundraisers, the most lucrative of which is a song-a-thon. “It’s the power of music,” Skellenger said. “If we didn’t know 120 musicians that you could call to come in, it wouldn’t happen.”  The musicians play the same song- ‘This Land is your Land’ by Woodie Guthrie- for the 72-hour long event. “It’s easy to get musicians to play, but to get them to do the same song? Next year we will open up the musicians to play other songs, maybe two in a three song set, but the last song will have to be ‘This Land is Your Land.’ We’ve done the run of the mill fundraisers, so we have to do something crazy. I stay up the whole time and am one goofy person after being up for 72 hours” the musician said.

Another project that Skellenger is currently working on is an album.  “My songs for the most part are about my experiences in Detroit and Guatemala,” he said.  One of those experiences almost became the album cover, as he said he was inspired by a spray painted stop sign and a woman’s story. He wrote a song based around what the woman had told him about the trials in her life; he got the title ‘Nothing Stops Winona’ from a stop sign that had been spray painted with those words on the corner of Winona Street in Highland Park. “I was going to take a picture of it for the cover, but the city replaced it (the stop sign.) Of all the things wrong in Highland Park, they replace stop signs,” he said.

Skellenger said that the most important responsibility of Buckets of Rain is letting the community know that they are dedicated to improving the area. He had a room at the shelter across from the garden the first year of operations so he could get to know the residents and let them know that the charity is “the real deal.”

“Our mission is to share what we have and what we know. There are two Detroits: the one inside Grand Boulevard and the one between Grand Boulevard and Eight Mile. Outside (of Grand Boulevard) there are neighborhoods which have lost about 800,000 people in the last 40 years.  It’s important to know these neighborhoods don’t fall because of the people living in them; houses fall because people don’t live in them. The problem out here gets worse every day, and that is why we chose this area,” he said.