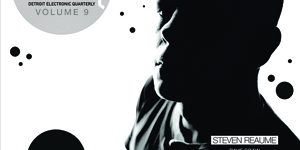 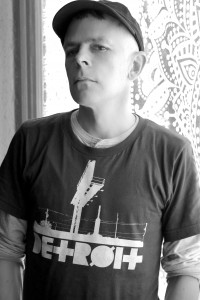 How many of your heroes are musicians or had something to do with music? For me, it’s a majority. As I flipped through the channels on my journey from out east back to Detroit, I heard so many of them. From James Brown to the Beatles, to David Bowie, to Radiohead and seemingly everyone in between were blasting in my car over the twenty eight hour journey there and back. My exploding Case Logic book of Detroit CDs had everything from Norm Talley DJ mixes to Model 500 to J Dilla to Deepchord. I just got lost in all of it, but made it back with timely navigation saves from Siri.

Hearing these songs and mixes brought fond memories of concerts, club nights and house parties. It wasn’t only dancing and loving the environment we were experiencing, it was the people we were with, the talks, the bonding, the learning, the laughs, and the scene. The music truly brings us together, but it is also the colorful people behind the curtains planning and executing events that build the community as much as the performers do.

The story of manager, visual artist, promoter and founder of event collective Norway Detroit Steven Reaume, is truly inspiring because he took great risks to center his life fully around the things that inspire him; music, art, events and working with the creative forces in our city. Devotion should be his middle name, as he wears many hats in a day and with twenty five years of scene veteran experience, a voice to be heard.

This once glam punk kid in the late 80s, early 90s turned to the dark side of dance while attending the legendary Music Institute and hearing then resident DJ D Wynn spin. That combined with appreciation for the rawness of the city, the energy of the other pioneering artists that lived downtown (Propeller Group, Niagara, Keith Johnson, Jerry Vile), the friendships that developed at events, and the power of the talent in electronic music drew him in. Vacant buildings became canvases for him to showcase art and music together. It was a no brainer.

It all started when Steven met Marke Bieshke, then literary student at Wayne State. They threw their first party, KLONK, at 1515 Broadway. Their party collective, VOOM, was formed and the foundation for the ascetic of their events was there right from the beginning. The entire space was filled three feet high with styrofoam packing peanuts, costumed bunny rabbits dancing around, creative poetry filled fliers, and a solid DJ lineup. VOOM’s crew quickly expanded to include Alan Bogl, Meredith Ledger, Dean Major, and many current leaders in the electronic music scene here in Detroit. While developing parties in the underground, Reaume also managed INDUSTRY nightclub in Pontiac, injecting a solid roster of techno nights and club kid playgrounds.

Reaume then began his next phase living in the lofts above a burned out restaurant at 1217 Broadway with other successful promoters such as Jason Huevare, Sam Fotias (Paxahau), Dean Major (syst3m), Alan Bogl (Audio Rescue Team) and artists such as John “Bileebob” Williams (Famzine, Underground Resistance) in the early 90s had a profound impact on Reaume. The camaraderie, competition, and risk taking were intoxicating. Techno Boulevard was just up Gratiot Ave in Eastern Market with Derrick May, Kevin Saunderson and Juan Atkins’ studios all on the same block. Blake Baxter had his Save the Vinyl record store in Capitol Park. This is when the successful seeds of the underground as we know it today were sewn, and downtown wasn’t the downtown we know today. Reaume immersed himself in it, creating events in the Packard Plant, The Bankle Building, several abandoned warehouses and most recently the Grenadier Club to name a few.

Although we are in the next century, many philosophies still remain the same. Reaume stressed that successful events, record labels, cultural entities, can’t survive without the organic communities that surround them. It’s the people that really want to be there and understand the promoters’ vision. The club night Heaven, where legendary DJ Ken Collier held his residency, had strong group of people around that wanted to contribute to the night and were capable of understanding its’ importance. Early electronic music labels like Derrick May’s Transmat , for example, had enthusiasts Laura Gavoor, Alvin Hill, Alton Miller, Derrick Ortencio and more along with countless  volunteers over the years that were key factors in making the label successful globally. The DEMF or Movement (especially in the festival’s early phases) relied and rely on people in sync with the vision of putting an event on of that magnitude.

Norway Detroit is no exception here. It is a small core of creative people spearheaded by Reaume that go the extra mile to make a special event and master the art of hosting a party. “It’s something [the understanding] you can’t buy. You just plant the seeds and nurture them”, he said. He quickly credits his partners Tyler Yglesias and Lindsay Marie for inspiring him, sharing his vision and handling a heavy workload ranging from dangling from the ceiling to hang extra lights, painting, prop creation, social media activities, and operation set ups as well. Together, they’re the underground A Team. There’s a strong supporting cast.  Young DJs like Rex Bravo, RJ Stefanski, Ariel Corley, John Coyle that play there regularly along with talented visual artists like Michelle Tanguay, performance artists and their fans, long time scene veterans like Jen Howe, Robert Barnette, photographer Robert Guzman and so many more from a variety of art scenes.

With a lot of great people in the mix, the rest is notifying and educating to make attendance grow larger and smarter at the same time, so Reaume created thedetroitilove.com. The site contains a fantastic, detailed and extremely well curated daily list of what’s happening in art and music in the city.  Created out of tactical necessity, the group needed to figure out where to flier and plan their own events while stepping on the least amount of toes. It was also created to form a positive community in Detroit’s underground through promoting the competition and building up the entire scene. Through social media  and being in the right places, the list became a great way to inform and stay in touch with their base while keeping  a finger firmly on the pulse at the same time.

While cruising the site, you can listen to DJ mixes and read essays from select people on why they love (and sometimes get frustrated with) Detroit. To support you can also buy a shirt. Reaume designed scaled down, simple, logo like images of buildings relevant to the underground party scene in the early 90’s like the Packard Plant, The Bankle Building, The Train Station, The Music Institute and other important landmarks like the Heidelberg Project. They are past and present history lessons on cotton and great conversation starters, again with the hopes of connecting people.

Connecting younger DJ’s with more established ones is another lesson Reaume teaches. He noticed a wall building between the two. Pairing up their core of young DJs with legends like Mike Huckaby, Chuck Daniels, D Wynn, Carlos Souffront, Scott Zacharias and more is crucial to keep a classic sound alive. “I hear a lot of D Wynn’s influence in Ariel (Corley’s) sets. I hear Alton Miller in Bunny Hop (Tyler Yglesias’) sets. Yet they still maintain their own style.”

As important as it is to groom newer DJs, high quality of sound is every bit as important as the DJs that play. Norway Detroit partners with Audio Rescue Team (diligent sound providers for Movement, events and clubs in Detroit and beyond). A great sounding rig is cornerstone to their success. It’s more than that. “It (a party) is not about putting a DJ in the corner and collecting money,” Reaume stressed. “It’s hosting the party, the environment, the art, the music, the crowd and the sound.”

Norway Detroit’s weekly installment called BAK DØR at The Grenadier Ballroom was a clinic in effectiveness of their promotional machine, further establishing their brand. It is in making sure their events are something you will never forget. Mission accomplished as the aged ballroom was painted black, but the bright green glow was ever present from Michelle Tanguay’s neon sign at center stage that said “eat me.” It was flanked by a headless, ripped and well endowed mannequin showered in glitter. It had the open minded friendliness of Larry Levan’s Paradise Garage, the blacked out room experience like the Music Institute with a darker yet soulful techno sound of today (mostly).

The dance floor was packed with open minded people of all races and sexual orientations that came together to dance, to meet, to exchange ideas, to get inspired. It’s like a friendly, delightfully slightly shady, emotional battery charging station with people, as Reaume says, “taking refuge in the rhythm.” He talked about the dance floor being the place that stages the most powerful protest of all. Through love, togetherness and breaking down social barriers, he feels, will win over the hate in this world.

Although the BAK DØR series has come to a close at the Grenadier Club after a very successful six month run, it is by no means the end of the project. Norway Detroit is in the process of setting the groundwork for their next chapter. Sometime in 2017 they will be in their new building, BLDG01, and are starting up a DJ booking agency, Detroit Soundsystem, as well.

Cultural work like Norway Detroit’s is indeed some of the most important in a city’s recovery, whether the city bureaucracy believes it or not. The creative, artistic class plays an essential role in drawing people and keeping things interesting. “Now is the time to be mentors and influencers… to pass on what we have learned,” Reaume said. People are coming to Detroit, this city of new opportunity. It’s time for promoters, business owners and groups to do some quality events. It’s time to establish solid brands and good reputations with the intent of helping positively mold this new scene of Detroit. It’s through the education and cultivation of a community of open minded, supportive, fun, creative people that come together to work, share ideas, bond and celebrate life through dancing, music, and art. It’s progress. It’s part of a renaissance in the truest sense where there’s enlightenment and better output. “Sometimes you have to be willing risk everything if you believe in something. That’s when great things happen.” With the amount of experience, research, promotion, and tender loving care behind the curtains, the risk will pay great dividends 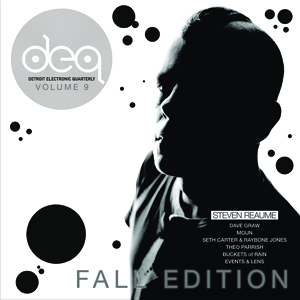