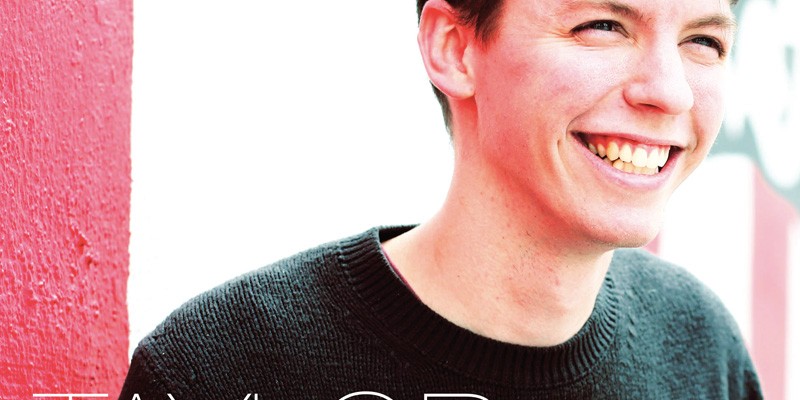 Kevin Reynolds: I can’t help but notice in your music a huge Drexciya influence. The rough arp lines, the John Carpenter sting like string lines. Simple question where did you grow up?

Taylor Hawkins: I was born in rural Ohio where I lived until I was 11 or so before my family moved to Yokohama, Japan. We moved to the Detroit suburbs when I was 16, and I’ve been here ever since. There’s a lot of talk about futurism in Detroit techno and there’s a lot of change happening in Detroit right now. All I can think about is potential and direction, and growing up halfway between cornfields and in a seeming-utopian metropolis with one of the best public transit systems in the world where there’s no gun crime.

KR: How has Detroit as a whole influenced you? It seems integral to your sound.

TH: While I didn’t grow up here and I haven’t lived in the city proper (blah-blah terrible driving record from my teen years, and I can’t afford the car insurance), the people, the parties and the music culture here has really defined and driven the music that I came of age to, and by extension, the music that I make. 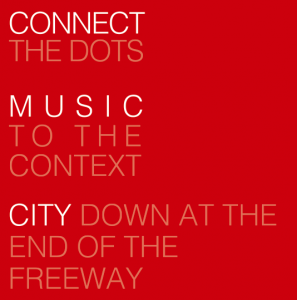 I think a lot of kids my age who live(d) out in the suburbs spent a lot of time as teenagers on the Internet processing and dissecting music on the Internet, figuring out what they liked and thought was cool at arm’s length. And that has little to no cultural context for what they’re listening to. It was the same for me. I remember listening to Amon Tobin, Infected Mushroom and Larry Heard in high school, while our only friend with a license drove us around in his late nineties Honda Civic. I just worked a little harder to connect the dots with the music I was listening to within the context of the city down at the end of the freeway.

Tuning into the revolutionary black politics of UR (Underground Resistance), reading the mythos of the Drexciya underwater society, listening to those drive-time ghettotech mixes on WGPR and the late night deep house stuff that sporadically was on 95.5 and 98.7,Waxtax-n Dre on the various stations he’s been on over the years, hearing the folklore about Motor, Family Funktion and Ritchie’s parties, YouTubing the Prince interview with Electrifying Mojo – all really important moments for me. All this really rich history is here in Detroit, and I’m ALWAYS here for it.

It seems like a semi-regular occurrence to see a headline-worthy Detroit legend play to a half-empty room of like 20 people, or to see a boring European DJ dude I’ve never heard of pack a venue with a bunch of middle-aged people on a Friday night. But there have been a few wonderful bright spots. There was a solid year or two when parties at the Adult Contemporary space were really good. Seeing people my age DJ alongside artists like Laurel Halo, Omar S, Dez, Kyle Hall & Jay Daniel, Erika, and BMG to crowds that are also my age? Totally incredible. Sometimes those nights were packed and sometimes they were empty, but they were all special because it felt like they were ours.

KR: Have you been to the Submerge, the home of UR?

TH: I’ve been there a couple of times. It’s a beautiful place full of beautiful people. At some point someone showed me pictures of what the building looked like before they remodeled it (it was a total wreck), and I think that transition makes that building even more important than it already is.

KR: Who are the artists that influenced you, and the bigger question, why?

TH: UR has been incredibly influential in my music, both politically and sonically. I think there are so many good ideas and so many good records that have come out of that camp. The Drexciya influence is really the most obvious in my music. The way that the Drexciya guys were able to build a separate world (in terms of their music and the narrative they built) that echoed the conflicts and strife of our world, but rewrote it with this sense of Atlantean hope, humanity and renewal, was really genius. Not to mention those records are just so good and weird and interesting. Also Mark Flash’s records were really, really underrated. He does those stomping, chord-heavy, Detroit techno records the best.

And I can’t understate how much I love some of the weirdo, proto-house and boogie records that are wallowing in most of the crates on the floors of the few record stores in the city. If anyone has seen me DJ in the past year or two, I’m always playing these records in inappropriate places and at bad times, but I feel like these weird bass line driven R&B songs, are the spiritual predecessors to Cybotron and Drexciya. At least as much as Kraftwerk or Afrika Bambaataa are. But maybe that’s just me listening too closely. 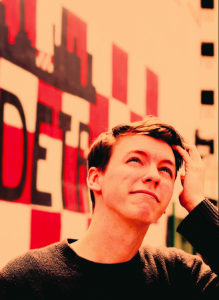 KR: Why Detroit? Meaning why do you live here? Why not UK or Berlin?

TH: I don’t have any real desire to go the UK or Berlin, at least for now.

My friends and I talk about Detroit a lot as two cities. One full of hourly Gilbert-interns working 70 hours a week at a terrible job, private security forces with fleets of blacked out SUVs, corporate chains and drunk Tigers fans, and a heavy set, naïve optimism – and the other with a fucked up school system, semi-regular trash pickup, neighborhood watches, serious crime and police problems. And both of these cities are surrounded by this incredible swath of a perpetually expanding Midwestern suburb. But I think the future of the city is going to be defined by how people in the city (and outside it) navigate the space between the two cities.

When I turned 18, a friend from high school took me to my first party in the city. DJ Bone was playing the backroom of The Works to maybe 25-30 people. This was back when the back room still had this weird, wooden guard tower DJ booth, perched above the dancefloor, and the sound system was all low-end and high-end. At the time I had at least a passing familiarity with techno, but DJ Bone was scratching, cutting and spinning back records, and I remember being totally baffled by whatever the fuck was going on. My friend taught me what fist-pumping was, and there was a kid by himself in the corner in a wife beater and huge jeans, voguing his fucking heart out on the floor. It took me a long time to really process and understand everything that was happening that night, but that was the night a lot of things really clicked for me.

That wonderful, surreal experience. That weird half-empty club with shitty blown out speakers, and a little cadre of dancers letting out our whole lives on that concrete floor, finding their way in a city of lows and highs – that’s why I’m still here.

KR: Are you satisfied with your sound? Or are you always pushing it forward, exploring new territories?

TH: I’m never satisfied with my sound! It’s always a struggle and journey to find new sounds, ideas and ways of approaching music. But I think that struggle is important. If I’m not struggling to make new music, it’s not worth it. Sometimes that means I go through long periods of not finishing things, but it’s usually worth it in the end.

KR: I heard you build your own synths?

TH: Eh, sorta-kinda. I built a shruthi-1 synth from the folks at Mutable Instruments, and a few shitty guitar pedals last year. And I’m halfway finished with a x0xb0x. But my electrical skills are amateur at best. I just like to tinker. It’s a really rewarding labor, spending all that time soldering, reading circuit diagrams, and then to have a finished thing you can use to make music with.

KR: You are a good looking guy, is it hard to make music with all the folks looking at you?