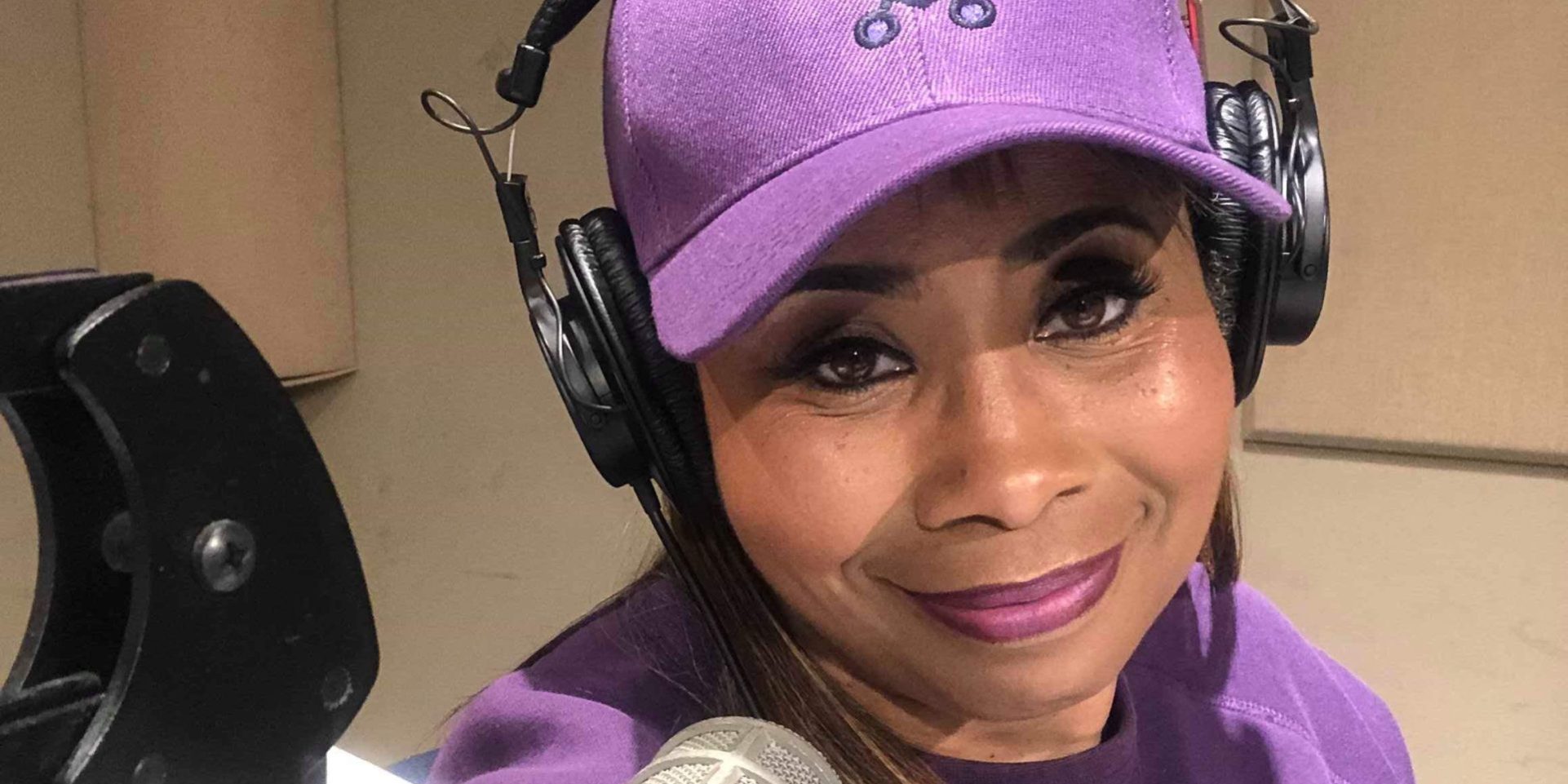 You’ve heard the cliché. Every story starts with a beginning, middle and end. This one starts at the middle. Late summer. 1980. I was at work sitting at my desk and in walked my friend Danny Lee. He was picking up some cash and flyers on something we were working on at the time. Accompanying him was a long legged, curly headed, big smiling, bright eyed teenage girl. She was introduced, “this is Theresa Hill, and she works at McDonald’s with me.”

Theresa Hill was bubbly and talkative. Her eyes were attentive to conversation though surveying the area in curiosity. Anybody that knows her would agree this trait remains to this day. A natural salesperson, she stated, “my father does asphalt, and he could pave your parking lot. Let me know and I can come measure it and give you an estimate.” I laughed out loud and we have been fast friends since.

She was a student at Central High School in Detroit. Central was home to many pivotal party figures of the time (Delano Smith, Hassan Nurullah, William Tandy, Terry Adams, Sheryl Hinton, Roxanne Jordan, and Jaime Martin) and was one of the key DPS high schools along with Cass Tech, Mumford, Henry Ford and Redford, supplying the attendees to the fast-growing Detroit progressive party scene. At the time I was supplying sound/lighting services and offering marketing help for many of the most popular clubs of the time like Charivari, Rafael, Next Phase and more. Theresa explained that she didn’t know much about parties with her experience being mostly hanging at the basement house parties given by the Detroit Central High School Football team. She would attend with her cheerleader older sister Sharon. This would soon change.

It was the fall of 1980 and though she didn’t know it at the time her life was about to take a different musical path. Cousin and Mumford student Carolyn Burns along withher McDonald’s co-worker & Mumford student DannyLee invited her to the Charivari party at the Park Avenue Club. It was the first time she heard progressive music and could not figure out how the music just played on and on with no breaks. The DJs? Darryl Shannon and Darryl Harvey of the Ritz Sound Company. Hill fondly recalls, “I have never experienced anything pure like that era in the times since. Those parties and those promoters had their own unique identity and it was wonderful as there was room for everyone. We used to call the Park Avenue the Heartbreak Hotel. There were many hearts broken in that place.”

Hill caught the party bug. She passed flyers and promoted for everyone. Hill admits slyly, “I remember just wanting to get into all the parties for free. And then I expanded itto all my girlfriends as well.” (Pam Royal, Claudette Merriweather, Shirley Clinton, Francine Burgess and Carolyn Burns) “It was fun!” She was a sponge on everything happening on the scene and anything discussed about marketing and promotion. She wanted her own crew. I said, “you should give a party, I’ll bankroll you.” And Hot Stock was launched along with friends Kelly Martin, Andrea McReynolds, Kim Weatherspoon and Shirley Clinton. Hill promoted parties, she hosted parties, and she attended parties. The Park Ave Club, The YMCA, The Bonnie Brook Country Club, The Sentinel Building, The Lady, The Downstairs Pub, Cheeks, JB’s, Taboo, Club UBQ, L’uomo (both West & East), Maxie’s, Hey Judes, The Original Times Square in the Bagley Hotel, Feathers, Center Stage, Piper’s Alley, even the Elmwood Casino in Canada, wherever, whenever. If a DJ was playing house music, Theresa Hill was probably there. On the dance floor, in the booth, filming video or recording sets. She is the proud owner of a vast DJ Who’s Who collection of cassette and video tapes of this Detroit party scene.Don’t ask because no, you cannot have a copy. She guards her prized possessions like a true archivist of precious history and the sounds of days gone by.

While trying to capture the attention of a certain DJ that shall remain nameless she decided to take up the DJ craft. DJ Darryl Harvey taught her about mixing, learning your breaks, connecting your equipment and tune selection. Always the sponge, she learned quickly and honed her skill with access to the best of the best mentors of that time. “It was a learning experience but I also enjoyed having a skill that I could generate revenue with.”

Theresa Hill is a natural promoter. She would pass flyers all night, flyer up cars, make phone calls, mail flyers through US mail and send emails and texts. And being old school, she still manages a targeted snail mail guest list amassed over the years of over 2500 partygoers. It is funny four decades plus later watching her still slinging flyers whether for the annual Charivari Detroit Music Festival which she co-produces or any of her popular DJ B-Day Birthday series of parties while growing her social media footprint.

Theresa’s secret is her passion for the music, the craft,the events and her infectious friendliness. There are many who come and go on this scene but Ms. Hill is a true OG. As far as parties, promoting & marketing and the DJ craft she has been there and done that.

But then there is radio…

Theresa’s parents, sisters, aunts, uncles and cousins listened to music non-stop! This is where her musical foundation was formed.

Theresa was an avid listener to radio (WGPR) as a teenager and was a frequent caller to the Electrifying Mojo radio show. Influenced by the radio legend and his eclectic music selections, he is still included in her friend circle today. She attended Specs Howard School of Broadcast Arts and at a chance meeting in the fall of 1999 with Aaron Alfaro who had a show (Morning Roll Call) on Detroit Public School station FM 90.9, he invited Hill to cohost. It ultimately led to her own infamous show, the After School Groove. It ran for 3 1/2 years and blessed the airwaves with progressive and house music and the skills of Detroit DJ royalty. Delano Smith, Jeff Mills, Felton Howard, Tom Linder, Kevin Saunderson, Juan Atkins, Eddie Fowlkes, Al Ester, Norm Talley, Stacey Hale, Rick Wilhite, DJ Minx, Mike Clark, DJ Cent and Steve Crawford to name a few.

The show’s successful run and collection of call in names led Hill to call me and I offered my usual response, “You should give a party.” This led to multiple events over the last fifteen years under the Theresa Hill/ Project 81 brand. The Bat Lounge every Friday, the Loft on Iron Street, Stoney Creek Brewery Co., The Gordy Mansion(Motown Founder Barry Gordy’s Mansion), the Mars Bar, Porter Street, Panacea, Bookies, and Club Waterfalls just to name a few. There was House on the River stage inside the Ribs and Soul Festival, which Hill curated with Detroit House Music DJs for 3 years.

Radio stays in her blood joining the Old School House Party Radio Show with Gerald McBride as Lady T in 2001. The show airs on Mix 92.3FM Detroit iHeart Radio with Hill (Lady T) helping to build the number one old school R&B show on Saturday nights in Detroit and other areas. Their show is currently in syndication in 30 markets with over one million listeners across the country.

She has emceed shows for Frankie Beverly & Maze, Stanley Clark, Michael Franks, Incognito, Chaka Khan, Tyrese, Down To The Bone, The Stylistics, CeCe Penis- ton, The Emotions, her Charivari Detroit Music Festivalas well as for Kevin Saunderson’s stage during Movement weekend to name a few.

There are few Detroit promoters—or, frankly, people—living who are better suited to an article about the Detroit party scene than Theresa Hill. The MC, DJ, promoter and radio personality’ outsize presence, PRINCE lover and music enthusiasm makes even the most obscure party tunes come alive, as we hear on her weekly radio show, The T. Hill Detroit Internet Radio Show, which airs every Friday from 8pm EST to midnight. Along with cohost Lisa Lynn, Theresa gives listeners an in-depth journey with personal insights, the Detroit dance scene as she experienced it and thru the music of her life. Sprinkle in the Mojo Minute, interviews and guest DJs spinning live during the Charivari Detroit Spin Cycle segment on her show and you too are special guest at a Theresa Hill party.

“It has always been about the music”, says Hill. “My Internet radio show, the parties/events and the Charivari Detroit Music festival are like a ongoing reunion and I went to the best school. Folks these days are at parties on their cell phones, texting, tweeting, on Facebook live, snap chatting. But I live in the moment and I was really there. I’m still there!” So closing with what does the future hold, she looks at me still with that big smile. “You would kill me for spilling anything new. Wait and see!”

Added after the fact:

Theresa Hill is more than the just parties and the music and she will kill me for adding this after her proofread. She is the middle of three sisters, raised by the family village with multiple cousins. She neither drinks nor smokes. Her sound company Direct Drive Sound Effects client list includes the UAW, General Motors, PriceWaterHouse Coopers, Deliotte & Touche Consulting, Mic- rosoft Corporation, The American Cancer Society, The American Heart Association, Henry Ford Health Systems & Siena Heights University just to name a few. She can dress to the nines with the best of them if necessary but far from a girly girl. She will mop, paint, lift, tote, haul like a dude. She loves to talk and bounce off ideas. Be pre- pared for three-hour phone conversations.

Favorite food? Seafood. Favorite DJ? She would never tell but acknowledges cousin Duane Montgomery (RIP) played music like no other. Favorite color? Purple. Favorite album? Purple Rain. Favorite artist? (no brainer) Prince. 1st Songs to love? (tie) Prince – Soft & Wet, Spinners – How Could I Let You Get Away Live, Knee Deep- Parliament Funkadelic. Favorite book? The Bible. She loves to read, DJ, cook, roller skate and bowl. Middle name? Yvette. Fun facts. She can play the violin. She was part of the singing group that reworked the theme song to the popular Detroit dance show the Scene. She loves to sing and the aforementioned singing group was the opening act for Aretha Franklin at the Omni Hotel fundraiser for Alma Stallworth. She once rocked a mean full flowing Gheri Curl. Her feel good go to TV is bingingon episodes of Unsung. Hill is single but a classic roman-tic at heart (flowers, candle light dinner, surprises) and waiting for the right one to ask. Until that time Theresa,“you should give parties and let the music play!” And the beat goes on….