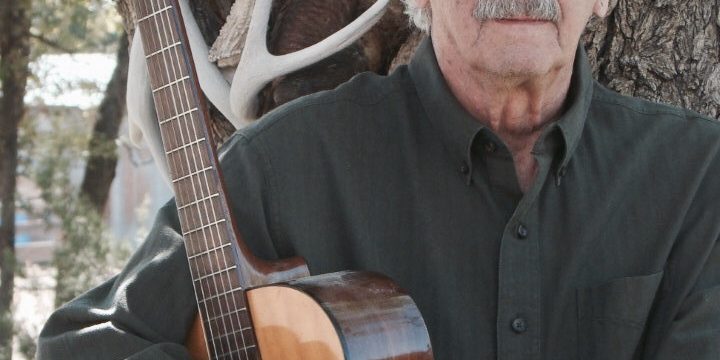 —-
Sitting with Guitarist Al Schackman is to be in the company of a griot of
Jazz Music. Not only does he possess an amazing memory of where he’s
played – the clubs, dates, the cities and countries – but with whom he’s
played going back sixty years. The roster of musicians is a veritable Who’s
Who of American music. He’s always quick to recall the conversations and
antics that were had. His stories bring to life the early jazz clubs of bygone
eras, the Jazz scene of old New York, Detroit, Paris, and the juke joints of
the deep south during Jim Crow days. You can smell the sweaty, smoke filled
halls, booze flowing, sharp looking guys with women dressed-to-the-nines.
Al Schackman is a living treasure for the music world and one cool
guy to be around. I’ve had the privilege of knowing him for over a decade
and proudly call him a brother.

Al’s had a long and illustrious life on and off stage. He’s most widely known
as Nina Simone’s guitarist and musical director. He met the late great Ms.
Simone on stage in 1957 in New Hope, PA and there began four-plus
decades of touring the world and playing every major global stage with her
through to 2000. When Al wasn’t on tour with Nina, he played with the
likes of Harry Belafonte, the Isley Brothers, The Drifters, Dinah
Washington, Baba Olatunji and numerous others – on stage and in studio
sessions.
Al’s musical career began as a teenager. At 16, his teacher, the renowned
Brooklyn jazz musician, Rector Bailey, brought Al to a gig on Long Island. It
wasn’t until they arrived at the club that Al realized with whom Rector was
playing: He couldn’t miss the marquee poster of Bille Holiday out front.
Much to his surprise, Al was called up onstage to sit in (nervously) on the
blues tune “Fine and Mellow” with the lovely Lady Day. And so began his
musical journey spanning more than 65 years and continues today.
Since Nina’s passing in 2003, Al performs with the Nina Simone Tribute
Band, continues to compose, collaborate, and perform his own work,
lectures about his music experiences, and recently appeared in the
documentary film, What Happened Miss Simone? While relaxing on
Martha’s Vineyard this past summer, Al had the pleasure of meeting DEQ’s
Vincent Patricola from Detroit who was visiting the island. Al was impressed
with the magazine’s originality and after recounting stories of playing
Detroit in the early sixties, agreed to share them with the DEQ readers.
************
BJS: What was your first experience in Detroit?

AS: “It was with Nina at the Flame up on John R around 1961-62. A rough
neighborhood but popular showplace. The northern representation of the
Chitlin Circuit in Detroit. Played there twice. It was significant because I
witnessed my first murder there.

We were staying in the hotel across from the club and Bobby Hamilton, the
drummer, and I were standing in front of the club and heard an argument.
Then there were shots-powpowpow-and a guy went down. Bobby yells out,
‘Feets don’t fail me now!’ and we ran to the hotel….The vibe was rough but
we spent most of the time in the hotel or the club rehearsing. It was well
run, a great club to play, appreciative audiences. It was a Black audience, I
would say they were in their late twenties and up.
I loved playing the Black clubs. To me, it felt more at home there than at
White clubs. Like in NYC, I’d much rather play the Village Gate. Although
New York was integrated, I’d much rather play there or the Village
Vanguard or the Half Note or Cafe Bohemia than the Round Table, which
was a real ritzy Eastside, Uptown club, predominantly White club. One time
we played the Round Table – full of white business guys – and we started
to play I Loves You Porgy. Nina paused, and we hear “…Polaris missile
submarine.” Nina looked out, got up, and that was the end of the gig!”

BJS: Did Nina like playing in those Detroit venues?

AS: “No. Nina was after concert halls. In fact there’s one video of her at
the Montreux Jazz Festival where she was very warm to the crowd and she
said, ‘I want you to know I won’t be doing this anymore. I’m not going to
be playing festivals and clubs from now on. I just want you to know that.’
And she paused and said, ‘But I hope you follow me.’ Of course, she
continued to play festivals and clubs. There was a part of it that she did
like, but if the crowd was talking, and it was a Black crowd, she’d say, ‘Be
quiet now!’ or ‘Shut Up!’ or ‘I’m not going to play.’ They’d shut right up!

Another time we were playing Cobo Hall, and Nancy Wilson was playing at
the Flame. Nina and I went over to hang out with Nancy after her show. I
wish I had a tape recorder of the two of them talking about the business
and reflections….They both looked at each other, Nancy says to Nina,
‘Shit, you know I hope we don’t have to be doing these kind of gigs all our
life.’ And of course they both became big stars.”
***************
Nina became deeply involved in the Civil Rights and Black Power
Movement. She and Al – along with Harry Belafonte, Dick Gregory, Tony
Bennett, and Joan Baez and other notables…marched in Selma alongside
Martin Luther King, Jr. in support of voting rights and in protest of Jim
Crow. A makeshift stage was constructed with plywood laid over rows of
empty coffins. Al and Nina performed her daring song for the times: the
haunting and powerful condemnation of racism, “Mississippi Goddam.”
In March of 1965, Viola Liuzzo. the mother of five and a white civil rights
activist from Michigan, joined a voting rights protest march from Selma to
Montgomery, Alabama. She helped shuttle fellow activists to and from the
airport. She was driving on an isolated stretch of highway with Black
demonstrator Leroy Moton, when 39 year-old Viola was shot dead by
members of the Ku Klux Klan. Not long after her murder, Harry Belafonte
played a benefit concert for the United Auto Workers and civil rights
activists in Detroit.
AS: “I met up with Harry in the summer of ’65 in Toronto – Nina wasn’t
working that much then – we went to Detroit and played a benefit concert
at the Ford Auditorium, it was part of a big complex, the old Art Deco
building, beautiful architecture. We raised money for Viola Liuzzo’s family.”

BJS: What do you think about “electronic music?”
(Al had a lot to say on the subject, covering everything from music
semantics to ethics. Interestingly, Al was part of the Avant Garde exploring
electronic music in the late 1950s. The famed composer and music pioneer,
John Cage, was among those experimenting on tape and wire recorders.
The technology at the time was primitive at best – electronics were very
limited and undeveloped.)
AS: “We were all pushing the envelope back then. I experienced John Cage
as an eccentric, interesting innovator. For example, my Free Forms Trio
was on a program with Cage at Cooper Union in the Village. He came out
on stage, sat down on a chair with a microphone turned toward the
audience, and recorded all the sounds in the hall: coughing, chairs
squeaking, mumbling… you name it. Then he got up, bowed, and walked
off the stage. What he did with that recording, I do not know. He was an
Avant Garde explorer like all of us at that time from the 50s to mid 60s.
I’ve composed ‘electronic music’ myself but I didn’t take it from anywhere
except the ether. I composed a piece called ‘Music In The 9 Rings.’ It was
the nine centers of the body, each center being assigned a certain
frequency – that’s been explored by people before me, the Hindus and by
someone called Gurdjieff in the early 1900s,what he did was figure out the
frequencies of what the Hindus call the Chakras, or centers that vibrate.
There’s nine of them. I used the note of each frequency – each note being
a center. The tone of the note would be like a bed. Each note has a
characteristic and I’d attempt to represent that center in a musical form.
It’s an exercise to be able to sit and listen to each note which was about 3
minutes long. It would go up through all the centers (Chakras).. I did that
mostly electronically and sometimes used a drum or claves. I hit it and it
reverberated. These were real sounds. I’d use different sounds from
synthesizers but I was creating it, not taking it from someone else. I don’t
agree with sampling music: If you can’t create the music and play the
instrument, then you’re not a musician, you’re a technician.”

Al’s more recent encounter with the genre in Berlin made him suspect of
what had become of this art form. It made him question whether it was
music at all.

AS: “My take on ‘electronic music’ that I had heard in Berlin from massive
speakers in what they call in French a Fabrique, I took offense to it. To me
it had the dregs of fascism. I mean it wasn’t fascist, but it was so Germanic
strong that it stirred things in me that I didn’t like. For me to hear this kind
of music, and I’m saying music but this electronic sound, not music, called
music – coming out of them kind of felt like this was in their fiber. And it
was scary. It took place in this Fabrique, an old train station that hadn’t
been bombed during WWII. It was a station where they deported Jews, so
it was kinda weird. But that’s one isolated experience.
Music is a phenomenon that has to contain a human element, which is
comprised of the brain, the heart, and the instinct center. Those three
elements have to be there and attempts to call any electronic experience
‘music’ falls short for the most part. All music is frequency and that’s how
you can have digitized, synthesized music. You can take a certain
frequency and make a piano note out of it. You can play it with a keyboard
and you got the SOUND but music needs the HEART.
Music is what the Easterners call Kath: the solar plexus, the gut instinctual
center. It’s not enough to just play with frequencies on your keyboard or
computer, or take a Miles Davis’ song like ‘Kinda Blue’ and sample it, that’s
raping it, so I have a problem with that. Nina would say, ‘that’s not music,
that’s somebody that took my voice and made it something else. And if I
ever catch the guy, I’ll put a knife through him!’
Let’s coin a new phrase: Techno-Jocks. Electronic TJs! I would have respect
for that…for someone exploring that realm of electronic sound rather than
calling it music. I have to hear more examples of what they’re calling
electronic music. I’m open to it if the electronic guys would not take
exception to what I’m saying.
Please, we’ve taken too many years of our lives to learn how to play music.
Don’t take that music and get techno with it without calling it what it is.
That’s hijacking. I might not like it, but that’s my problem. As long as
you’re respecting the divide.”