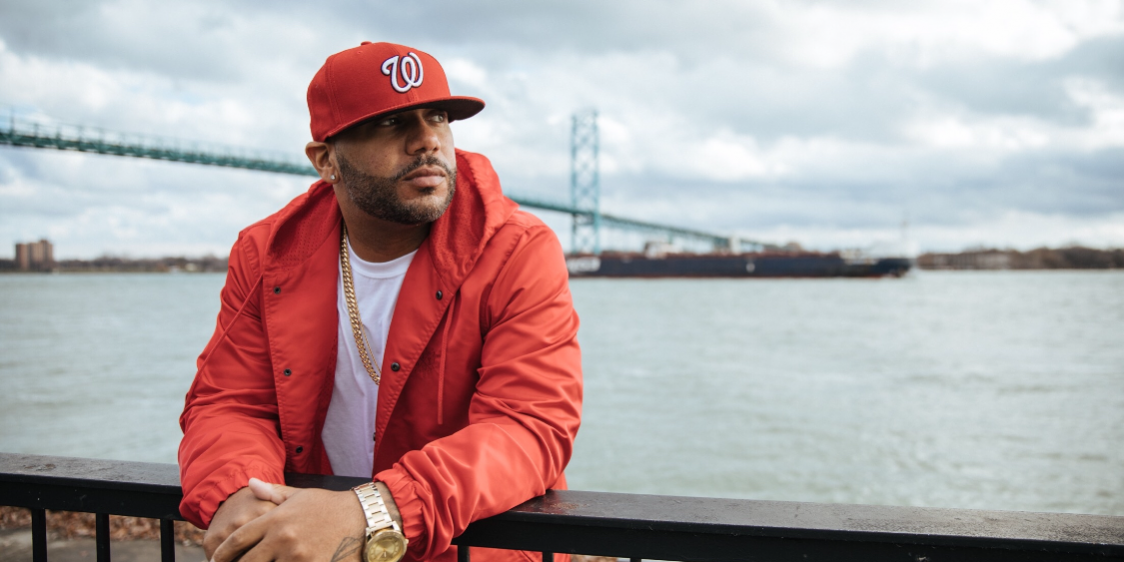 Apollo Brown is a Detroit based producer who has been a part of the Detroit hip hop scene since 2007. He has 22 albums to his credit and has worked with artists like Ghostface Killah (of Wu Tang Clan), Detroit’s own Guilty Simpson and most recently, Joell Ortiz.  In the last quarter of 2019 Apollo Brown released, arguably, one of the best albums of the year Sincerely Detroit. This is our conversation about it…

BL: Congrats on all your success! You are a hit both here and overseas.

AB: “They’re fans! (overseas) They know all the words! Their call and response is ridiculous! You tell them to put their hands up and they put their hands up! They’re not sitting there like this (arms crossed.) It’s different man. It’s different! I don’t think a lot of us really expect it, because the markets are different here man. It’s like there’s really no in between when it comes to doing a show here, or doing a Drake show, where they’re getting crazy money. You’re either at the top or the bottom. There’s no in between.

BL: It’s crazy. I was just reading something on NPR, one of the overseas websites, about how there are no small club shows. That whole 200 to 500 person venues are no longer around…even the more intimate ones, where you can fit around 50-100 people are almost gone.

AB: Yeah, they’re dying out. That sucks, because that’s our lifeline.

BL: That’s our proving grounds. That’s where people cut their teeth and how they develop.

AB: A lot of us prefer those types of venues. I have rocked for 12-15,000 people and I’ve rocked for 40 people! I prefer a smaller intimate show. They’re just better. The audiences are more attentive. The audience is strictly there for you!

BL: Damn, that’s a pretty good start and I haven’t even asked any questions yet!

AB: Oh shit you’re not recording? *Both of us laughing*

BL: How did Sincerely, Detroitcome about? And, by the way, congratulations again! The album has been getting Album of the Year honors!

AB: I appreciate it man. That was a feat! That was an undertaking bro. It was an album that I’ve wanted to do four years ago. I’m glad I didn’t do it four years ago. There would’ve been some artists that wouldn’t have been included that are included this time around. I realized, going overseas, and following hip hop (not just a person in hip hop), but from the outside looking in, the WORLD, checks for Detroit! They knock on Detroit’s door, to see who’s inside. They wanna know what Detroit’s doing! Whether it’s producers, MCs, DJs, even singers. They envy the talent that comes out of the city.

I’ve always wanted to put together a compilation album that showcases talent that comes out of the city! I was just gonna do the usual suspects, the Royces, the Guiltys, the the Elzhis, stuff like that. It started out being like sixteen people and I was gonna keep it at that!  But if I was to really do a “proper Detroit album”, I gotta include MCs from different eras, different crews, up and coming MCs, legends of the game here. I gotta include everybody!

Obviously, not everyone was included. I’ve got 56 artists. A CD is 80 minutes long and the album is 79 minutes and 30 seconds long! I literally couldn’t fit any more music on even if I wanted to. It took me around 6-7 months to do and it was definitely a waiting game. It was, like I said earlier, an undertaking. It’s a hard thing to do man, to put that many artists on one album!

BL: Were there any songs that didn’t make the album? Or were the beats that you made strictly for this album?

AB: No, no extras, those were the songs. Actually, the song amount was lower than that. There were times where I had 12 songs, then 15, 17 and then I just put everything on there. I didn’t want to leave anything off so I kept it at 20 songs with an intro. Time restraints really capped it at 20, but you never know, there could be a part two.

BL: When you do your “concept albums” with artists like Ras Kass, Joell Ortiz, or the Dice Gamewith Guilty Simpson, do you seek out these artists? How does that work out?

AB: It depends. We’ll say, “Yeah man, we need to do something together!” Whenever we both get time, or carve out a window to make some music, then we’ll do it! Or there are times, like with OC, when I went seeking him out. He knew who I was. He was one of my favorite MCs of all time, so I gave it a shot to see if I can do an album with him. He obliged and we did that album (Trophies.) Me and Guilty have been talking, we might get in the studio again. That’s always a possibility, we’ll see…

BL: Ok, let’s talk about your most influential/favorite producers, aside from your J DIllas, your DJ Premieres and Pete Rocks. Let’s remove them from the equation. Out of the producers who are left, who were the most influential to you?

AB: DJ Muggs (Soul Assassins/Cypress Hill), he’s a top 3 producer for me, Alchemist, NO ID, The Beatminerz, Black Milk is amazing! Those are people that have shaped and molded the sound that I look to in my career and look to when I wanna listen to good hip hop!

BL: Without spilling the beans completely, what do you have going on next?

AB: Man, I can’t give you too much, you know what I’m saying?  I’m working on a few albums right now. I’m actually gonna switch genres for a second and work on an r&b/soul album right now. I hope my music family comes with me on this album, because its not hip hop, but it’s still Apollo Brown. I’m always working!

For more articles about Detroit artists, go to www.detroiteq.com and scroll the feed or choose ISSUES section in the menu for PDF files of previous issues.