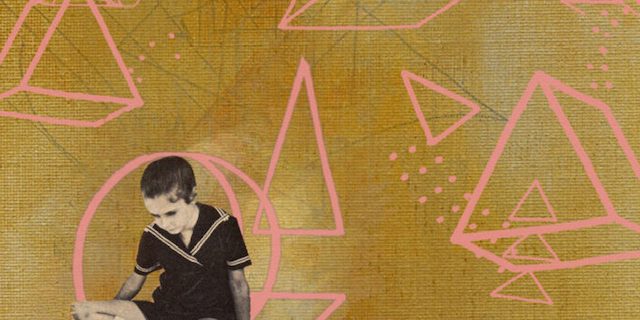 Blair French, for those who don’t know is a jack of all trades and a master of them as well! He’s producing and editing videos, visual art (he is the designer of DEQ Magazine), DJing along with making and mastering tracks! His ravenous appetite for learning all these technologies fueled by passion helped him to his successes today!

He is getting ready to reissue his break out album called Boxcar Portal (under the name Dial 81.) It’s coming on vinyl for the first time and is getting a makeover.

DEQ: So, first of all, congrats on the re-release of Boxcar Portal! What inspired your journey back to your hip hop roots? Take us back to that time.
BF: I was taking a break after the release of The Art Of Us LP (aside from the pandemic) and a wave of messages and phone calls came. People were asking if I would press a vinyl version, so I put it in their hands and ran a Kickstarter campaign.

DEQ: Did revisiting this record put you back in touch with people you collaborated with or around during that time frame?
BF: Of course! One of the inspirations was speaking with friends/musicians about doing it.  When old fans found out, I heard stories I never heard before. Blew my mind. It was pre-social media, so I didn’t ever get feedback like nowadays.

DEQ: Why did you choose that album in particular?
BF: I have 2 albums I’d love on vinyl that I never did. 1. Boxcar Portal 2. Sweatshop Deluxxxe. Boxcar Portal marked a time period of packed shows, community, and my craft in bloom. It’s the one a lot of people had an attachment to. Sweatshop followed, but I didn’t give it the proper respect at the time as I started to journey off to new interests.

DEQ: It’s on vinyl now! Yay!! How did you improve on the sound of the record?
BF: It was pre-computer, so fortunately I had bounced the instrumentals and acapellas to a CD. I re-mixed the songs and Eddie Logix remastered the album.

DEQ: What extras are in store for those who purchase it?
BF: I had to rearrange the album to fit it to vinyl. It’s about 80% the original. The song I did with Jason Hogans (Brownstudy) was removed, but it also came out on vinyl with The Exchange Bureau (3xLP). I removed “Funky Candidate” for an unreleased tune called, “Time Out”, a song that marks a connection to Sweatshop Deluxxxe. All in all, good changes I believe.

DEQ: You did a Kickstarter to fund it, are there still copies available? If so, where can you get it? Will digital be available?
BF: I will have a few left overs via BlairFrenchMusic.Bandcamp.com, not much though. Digital is up now and a new t-shirt design.

DEQ: Congrats also on your home studio makeover! I know how hard you worked on it. Tell us the improvements you made.
BF: Great, calling it The Plant Room, where the art grows. It’s a small room with soil floors, green sound proof walls, and a sunset colored ceiling. Cozy!

DEQ: You are also going to be a papa soon! When is the baby coming? Do you have some early feelings on how fatherhood is going to change your life?
BF: Yes! End of May. Amanda (my wife) has been amazing and the baby is healthy. Amanda has a lot of energy, so I have to hide her car keys at times. But yeah…you hear all types of stories. I’m not making any assumptions of what to expect, just gonna welcome an old friend back to Earth.

DEQ: What is on the musical horizon for you in the near future?
BF: I have a 12″ on Razor-n-Tape coming out. A song on a 12″ for Rocksteady Disco. A remix for Dudu Tucci. A remix for Sol Power. I’ve been 2 months down while rebuilding the studio, but about to start production on a new Beverly Fresh LP and get back to some balearic vibes. Thanks for ketchup and no mustard!