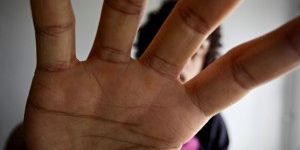 Salar Ansari is a gift to Detroit from suburbs of Tehran, Iran.  Detroit’s rich music culture brought him here in 2015 and his energy and passion for community and music are hard to match. He spends countless hours as Studio Manager of Grammy Award winning Luis Resto’s studio (the Feeder Loft) mastering sound, teaching and composing his own music.

You can find him moonlighting playing in Resto’s band The Holy Fools or with his improvisational dance music group DETE (Di Teh) with Ian Fink and Rafael Statin.

As an educator, Salar has lectured at The Interlochen Center for the Arts, SAE, Red Bull workshops and more. He also played and composed a set in conjunction with Detroit’s Women Chorus at the Concert of Colors as a partnership with Detroit Community Yoga. If that isn’t enough, he’s the Music Director of Detroit’s Poetic Societies.

In the past year, he has been producing Pathe Jassi’s debut album well as Cousin Mouth’s second album MAYFLOWERPEACEMAKERHOLYREEDEMER.

DEQ: I’m fascinated with your upbringing in Iran. How important is music to the culture there?

I cannot emphasize enough on its importance. We have sayings that are rhythmic and melodic. As kids, we learn about life through music and poetry, its basic concepts and its depth and unknown territories. Rumi, Hafiz, Saadi, and Khayam are excellent examples. Every Iranian knows how to respond to a 6/8 rhythm and dance.

DEQ: Is the feeling of music (the way it is used in America) similar?

Yes and no, at its core it is the same. When you hear it, it hits you. It can bring freedom, joy, it can soothe your soul and sing the blues. Yet, we do not have a division in music consumption, based on race. Our music is regional, for example, the music of the South, the North, the Kurdish or the Turkish, but it’s all Iranian music.

DEQ: Was there a particular group or groups or event that made you say “I’m moving to Detroit”?

The first time I visited Detroit it was after being invited by Derrick May. After his visit to Analog Room, he invited my brother to come and spend time in the city during Movement 2015. At that time I was visiting and working with my sister in NYC. I didn’t necessarily choose to move here based on that experience, but I did find the city charming. Later that year my sister, who at that time was working with Edge of Arabia (organized for the Culturrunners program which I was a resident artist of) to visit Detroit during its American RV tour and collaborate with the Red Bull House of Art. Meeting with the upcoming artists in the city during that trip opened up a whole new door for me. I realized I can make friends here and there are people in my age group with whom I can relate to.

DEQ: How many instruments do you play? Do you have a favorite instrument unique to the Middle East?

I mostly play keyboards and percussions. I used to play the Persian drum Tonbak as a kid and I am always studying Persian music both in a rhythmic and tonal sense.

DEQ: Where and when did you start learning about studio techniques?

After I had decided as an 18-year-old that I do not want to pursue a career in Industrial Engineering (which was the common trade for my family), my father insisted that if I pursue music, I need to study it. Not having access to proper modern musical education in Iran, we sought the closest and most reasonable option. Dubai it was, and SAE had a campus there, and the city was only a ninety-minute flight away from Tehran. After speaking to an Iranian friend who had studied there, we made plans for me to move and pursue a degree in Audio Engineering. At first I did not realize what I was getting myself into, but before I knew it I was behind a mixing board and I loved it. I was quick at understanding the technology and my musical sense helped with my deep involvement with the entire process of music production in the studio.

DEQ: Were there techno shows in Iran? If so, how were they received by the community there? Was it looked down upon to attend?

Yes, underground parties in Iran are very normal. They are the only kind of parties we have as a matter of fact. I was raised in a family that regularly celebrated through dance and togetherness. I actually started selecting music and making mix tapes for my parents’ gatherings as a kid. As I discovered DJ gear as a teenager I instantly brought that to those gatherings. I would rent equipment and DJ for them till midnight, hoping by then they would feel flexible enough to take some Boney M. I knew that was some of the music they used to get down to earlier in their lives.

Speaking of techno parties, it actually took me a moment to find the right people. At first I was not necessarily partying with music heads. Like I said, parties are at the core of our culture yet I was always getting comments that the type of music I am into is too much for the heads. This all changed when I linked up with my long time friend, colleague and collaborator, Siamak Amidi. Siamak changed it all for me. He was a lot more aware of the underground club culture outside the country and had a few years ahead of me in partying. They used to party with the likes of Amir Javasoul in the suburbs of Iran and really, really get down, sometimes for a few days.

DEQ: When did you start producing electronic music?

In 2006. One day as I was talking to a friend after playing basketball at a court near my house, while sharing excitement about GU31 and GU32 which had just come out, he asked me if I had ever messed with Reason or a MIDI controller. I said no. He said you got to check it out. He took me to his house and showed me his Oxygen 8. That year I did everything I could and got myself a pair of monitors, an audio interface and a MIDI controller. I found a course for Reason, enrolled and quickly started making music. I entered a remix competition on Beatport for Audion’s “Billy Says Go” and kept messing with the software. Later I switched to Ableton Live, linked up with Siamak through MSN Messenger (ah, the good old days) and shared some of my music with him. He showed excitement, and that was it, I was locked in. He was a well known DJ in the underground scene even back then.

DEQ: How did you cross paths with Luis Resto? Describe what it’s like working in the Feeder Loft?

Ah man, meeting Luis was totally by fate. One day as I was shopping for yogurt in Eastern Market at Devries, David Devries the owner stopped me and asked me who I was and what was I up to. He said I was a new face and asked what is up with my turban? I told him that I wrap my head sometimes. I told him I am from Tehran, Iran, pursuing my musical dreams here and I’m hoping that I can live long enough to put out all the music inside me.

Next time I visited the shop he asked me if I knew Luis Resto and I didn’t. He said Luis wants to meet you and to come by the following Saturday at 10am. I was an engineer looking for a job so I printed my CV and showed up. I don’t even remember Luis looking at it. He said let’s play, I chose the Minimoog Voyager and I started playing in C Minor while working the synth and that was it. He asked me to come and assist him with an upcoming event he had in collaboration with the Comparative Arts program of Interlochen and I did. Back then the space wasn’t called Feeder Loft yet, Luis Loft it was. I started showing up more often and Luis started giving value to my ideas about music production and the enhancement of the space. 3 years later we named the space Feeder Loft and solidified our heads about our mission to feed the local talent and provide a platform for Detroit musicians.

Working with Luis is one of the best experiences you can ever ask for. He is the man and you can ask anybody you want. He is very much into his craft; he does it really well, and he is a wonderful human being, that part makes everything a lot more valuable.

DEQ: You are the music gadget collector. Do you have some favorites?

I am a sucker for them. I love synthesizers, drum machines, reverb units, signal processors, nice consoles… you name it. It is hard to pick, but I love the MPC2KXL and MiniMoog.

DEQ:  What projects are coming up for you?

Right now I am finishing the production for Feeder Loft Ambient Series Vol. 1. that is coming out on Bandcamp June 1st. It is a collection of recordings from a session with Luis, Rafel and I at the loft in November 2K19. I am also releasing the video recording from our performance at the DIA last year, this month and Pathe Jassi’s Touky is due July 1st. I have a few singles coming up too. The rest I can’t speak about yet, but there are about 7 projects in the pipeline including the ones I just mentioned.

DEQ:  Will you stay in Detroit? How has your life changed since you’ve been here?

I don’t think I can ever really leave. I miss my parents, my extended family, friends, my hometown and my country. I know that I want to reach out and give back. I left with the promise of bringing what we don’t have. My goal is to have one foot here and one foot there. Detroit helped me realize my purpose. I remember being turned off by the music scene, having witnessed too many acclaimed DJs who didn’t bring the sauce, at least not for me. I knew that’s not where I want to be. I was ready to pursue a Masters’ degree in music technology and focus on hardware development and synthesizers. I was still pursuing that till I started working with Luis. After a year I chose not to worry about that anymore and just invest my time and energy in working with him. Detroit allowed me to be who I am and I find myself within the music. Mike Banks (Underground Resistance) taught me so much and showed me about life and dance music. After Luis and Mike, I was on a whole fresh track with my music.You can be a musician in Detroit and get the full respect a professional deserves in the society whereas anywhere else I had lived before, there was always somehow a feeling that people look down upon you for just being a cat who doesn’t care about wearing a suit and a tie and has messy hair. Detroit cares about its music.

DEQ: Do you have a favorite restaurant or dish(es) of food here in Detroit?

My friends already know the answer to this… Sheeba in Hamtramck. Go there and look for Abdul Nasser. Tell him I sent you. He is the MAN. If you want to order the baked salmon, call in advance and order 20 minutes before your arrival. You gotta eat with your hands if you wanna taste what I’m used to. Don’t forget to wash your hands before and after!